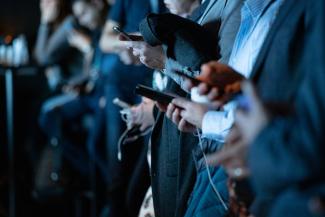 Last week a team of researchers from the University of Bath published a paper titled "Taking a One-Week Break from Social Media Improves Well-Being, Depression, and Anxiety: A Randomized Controlled Trial" in the journal Cyberpsychology, Behavior, and Social Networking.

It can be difficult to accurately assess the impact of social media, so this paper stands out because it uses the gold standard of scientific research for studying people: a randomized controlled trial. In this study, 154 volunteers were randomly divided into two groups: one was asked to take a one-week break from using social media (Facebook, Twitter, Instagram, and TikTok) and the other was told to continue using social media as usual.

When the researchers measured the well-being, depression, and anxiety of the two groups after the one-week period, the intervention group that stopped their social media use showed "significant improvements" in all three categories.

If you can't bring yourself to delete your social media accounts, these results show that you might consider taking a social media break for just a week and see how you respond.