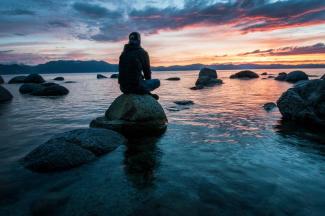 (This article was first posted on lullabot.com.)

When I attended my first DrupalCon in San Francisco I brought three suits. At that point, I had been speaking at (academic) conferences for a decade, and in my experience conferences were places where attendees dressed formally and speakers literally read their papers (here's a real example from a 2005 Women's and Gender Studies Conference where I spoke). I arrived in San Francisco thinking I would spend some time exploring the city while I was there, but I ended up spending nearly all of my extra time in the ChX Coder Lounge learning everything I could about Drupal from kind people in the Drupal community. I never really left the conference other than to eat or attend a party. In fact, I was so excited about Drupal that some of my friends had to stop following me on social media.

DrupalCon San Francisco changed the course of my life. That said, the Drupal community feels very different today, and that's okay with me. As I wrote in 2015, "Drupal is always changing. The community constantly reinvents Drupal with new code and reimagines Drupal with new words." This week some people feel "excited" while others are "frustrated." Next week at DrupalCon we will hear a lot more choice adjectives to describe Drupal and its community. Of course, none of them will be correct.

Every once in a while, I find it helpful to remember that there is no such thing as Drupal. Certainly, we need to use words like "Drupal" so we can talk to each other, but I have yet to find even a single, unchanging characteristic that constitutes Drupal. Even if I am demonstrably incorrect, I have discovered over the past couple years that I experience the most happiness when I do not expect anything from DrupalCon or Drupal. Instead, I try to focus on a single goal: find ways to use Drupal to help other people. Naturally, I fall short of this goal regularly, but just having the goal has produced beneficial results.

I have invested considerable effort trying to "find Drupal" by talking to people in the Drupal community, writing about Drupal, studying commit credit data, and every time I look I find something different. After processing so much data, I started to wonder if any possible metric could tell us something about, for example, the diversity of the community. I even opened an issue in drupaldiversity (which was moved to drupal.org) asking about the prospect of finding specific, measurable diversity goals. If there is no such thing as Drupal, then it might seem as if the answer to my question about metrics doesn't matter. But I believe that moving forward together with goals in mind offers incredible benefits, and that agreeing on goals is a serious challenge. If "finding Drupal" is difficult, trying to grasp all of Drupal's communities -- and the distinct challenges that each of them face -- is nearly impossible.

To counter thoughts of that kind, I find tremendous benefit in focusing on the here and now. What can I do today? What benefit does understanding all of Drupal do if I don't take the time to help this person that turned to me for advice? Who can I turn to when I'm stuck? The frustration caused by the Drupal code and the Drupal communities is real, but in the face of such feelings, it seems like my best option is often to let go and move forward. It can feel like letting go of anger and frustration is not always possible, but I am not ready to give up on the idea that letting go is always an option.

While I believe that Drupal doesn't actually exist, I also believe that people's actions have real consequences. Harassing people in the issue queues causes pain. Insecure and non-functional code causes headaches. Unwanted advances are actually unwanted. As important as it is for us to all read the DrupalCon Code of Conduct, it's equally important to scroll down on that page for the reminder that "We're all in this together."

During my time in the Drupal community, I have witnessed the suffering produced when we use labels that separate us. "Drupal Rock Star" is one of those labels, and as much as I'm flattered that someone thinks I could potentially "end the myth of the Drupal rockstar with [my] DrupalCon presentation, The Imaginary Band of Drupal Rock Stars," I can't. But I can demonstrate how the rock star myth causes pain and I can offer alternative constructions.

In the course of my research over the past few months, I've been exploring what actions the Drupal community values and how some other musical metaphors such as "arranger" or "improviser" might help reframe our understanding of useful Drupal contributions. If that sounds interesting (or not), yes please come to my talk or introduce yourself at DrupalCon next week.

In my experience, DrupalCon can create both excitement and frustration, so my goal this year is to let go of expectations. I don't find them helpful. Drupal is a process, and for some, an ongoing struggle. But just because our community traffics in 1s and 0s doesn't mean I should transfer binary thinking to the people with whom I interact. I'm not suggesting that everyone prance around the conference as if everything that everyone does is acceptable. I have witnessed some seriously unwelcome behavior at past DrupalCons that needed to be addressed. The Drupal community is awash with thoughtful people, and I frequently turn to them to help me continue to recognize my considerable privilege and bias. I can only hope that having a goal of helping other people while I'm at DrupalCon -- rather than focusing exclusively on maximizing the value of my expensive ticket -- will in turn improve my week.

While I recognize not everyone shares my worldview, I hope to improve my time at DrupalCon by recognizing my essentialist ideas and instead focus on the people and situations in front of me -- a bit more like I imagine I did at DrupalCon San Francisco.