I am writing to announce that I have made the difficult decision to resign from Wisconsin Public Radio. My last day will be Friday, February 14. I have accepted a job offer to be a Senior Developer at Lullabot.
June 1, 2012 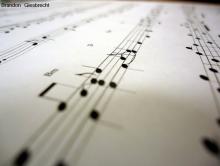 Open-source music is a hot topic right now, and it is in the best interest of public media stations to help promote it. This post is meant to serve as an overview of open-source music, and in the coming weeks -- leading up to a special broadcast at Wisconsin Public Radio on June 24 -- I will explore this topic in more depth.

On Wednesday this week (May 30), I will be taking part in a "first of a kind webinar" about the state of audio and video on the web. I consider myself very lucky to be speaking beside some esteemed leaders from the public media technology community.